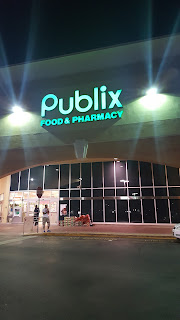 On the 4th anniversary of the GTB Area Retail Blog, we are going to look at 2 Publix stores (742 and 796) which had a black variant of the Sienna interior. Both stores received a remodel to regular Sienna in 2017. All photos are courtesy of Google Maps contributors. Publix #742 482 Altamonte Springs Drive Suite 1005, Altamonte Springs, FL - Palm Springs Crossing Opened on February 15, 2001 and is a Mid-Range Model (or 51T) Publix. This store coexists with #1661 (former Albertsons #4304/Safeway #3304) in a 0.3-mile distance. Stepping inside, here is our first look at the Black Sienna interior! Since this was taken at the main entrance, the pharmacy, floral, and deli/bakery departments are seen here. Here is Publix #742's bakery department, with produce and meat/seafood also visible. Heading back to the front end, looking towards customer service. The first 3 checkouts in Publix #742. The checkout and aisle signage are similar to that of regular Sienna, except the aisle signage is di
2 comments
Read More 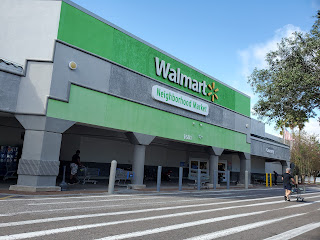 Winn-Dixie #675/SaveRite #2661/Walmart #5760 1601 W. Kennedy Blvd, Tampa, FL Originally opened as Winn-Dixie #675 in December 1996. At 62,000 square feet, this was one of the larger 3rd generation Marketplace stores, and also featured a food pavilion with one-stop shopping. Winn-Dixie would later close on May 21, 2000 as part of a closing wave that affected 114 stores, which included 5 in the Tampa Bay Area. After almost 3 years of vacancy, this Winn-Dixie would reopen as SaveRite #2661 on April 18, 2003, in which a new liquor store was added. SaveRite lasted until 2005, when this and 256 other Winn-Dixie's closed due to the company's first bankruptcy. This store would sit vacant for a second time until Walmart opened Neighborhood Market #5760 on October 15, 2008. The exterior is original, but not the layout of the doors. Also, when this Walmart opened it would have featured the older WAL*MART logo from 1992 even though that the company introduced a newer logo earlier in 2008.
Post a Comment
Read More 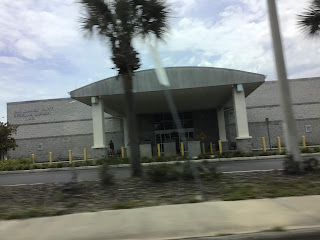 Winn-Dixie/Jan Kaminis Platt Regional Libary 3910 S. Manhattan Ave, Tampa, FL Opening date for the former Winn-Dixie is unknown. Closed in 1996 to relocate to 4479 W. Gandy Blvd. Became Jan Kaminis Platt Regional Library in 2000. Winn-Dixie #643/Grace Family Church 4479 W. Gandy Blvd, Tampa, FL Opened in 1996 as Winn-Dixie #643 (the second Gandy Winn-Dixie), and closed in 2005 after the bankruptcy of Winn-Dixie Stores. Became Grace Family Chruch in 2016. Compare this outside look to the liquor store, which still has the diamonds from Winn-Dixie! Winn-Dixie Liquors/Amscot #21 4481 W. Gandy Blvd, Tampa, FL Opened in 1996 as Winn-Dixie Liquors, and closed in 2005, the same year when the main store closed. Currently Amscot #21. The diamonds from Winn-Dixie are still in place! This store would have had the Marketplace interior when this was a Winn-Dixie. Now to the third and final Gandy Winn-Dixie... The Family Mart/Florida Choice/Kash n' Karry #1728/S
Post a Comment
Read More
More posts